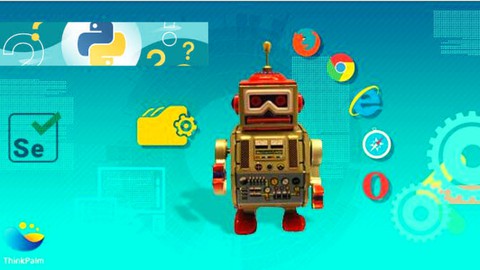 Your struggle on designing Test Automation Frameworks ends here. Presenting you the only framework in the Market which is faster and easy to design with very less code. – “Robot Framework”. This Framework consists of all the features what (Cucumber + TestNG) provides. This Framework by default comes with many Libraries which helps to build automation tests without writing much boilerplate code. Additionally you also have ability to build your custom Libraries with Python code. This course mainly focus on how to design Selenium UI Tests (80%) with Robot Framework and also touches on writing API tests (20%) on high level with Robot Framework. Python is the language chosen to design the Framework as Python is widely used choice for Robot Frameworks