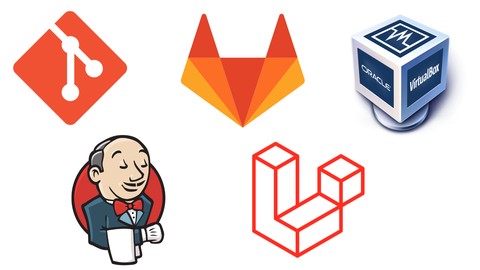 Continuous Integration Continuous Delivery/Deployment (CICD) is a very important part of modern day software release processes. As a matter of fact, you can not survive as a DevOps Engineer without a good understanding of CICD.

In this course, you are going to learn how to set up a fully functional CICD pipeline for PHP/Laravel applications. You will learn how to manually deploy laravel applications to production and later automate the process with CICD using Git, GitLab and Jenkins as the pipeline tools. The concepts can be applied to any programing language or framework.

If you are seeking a job as a Developer or a DevOps Engineer and need some more points in your resume, this course is one of those courses that you should take.

You are going to set up a local DevOps lab environment consisting multiple Virtual Machines similar to what you get from cloud service providers. And that, you can work with and keep for as long as you will without any fear of charges.