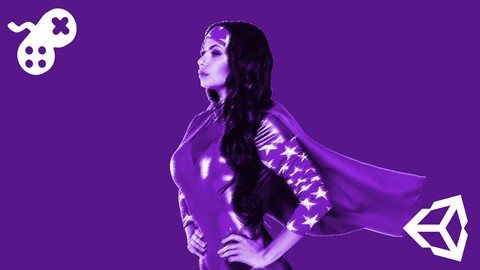 Learn Mixamo and Unity’s Mecanim system for constructing and programming your own third-person game character.

Any self-respecting game developer knows that getting their third-person player character right is one of the fundamental keys to a great gaming experience. Not only this but the controller, once developed, can be transferred from one game to another, making the code reusable and scalable. In this course, you will learn how to put together your own third-person character from scratch using freely available 3D models and animations, which you will learn how to control with C# in Unity. The idea behind this course is to take students through a series of workshops with the necessary tools to help them make a character, animate a character and program a character without the need of being able to model or animate and gain an understanding of the third-person character controller pipeline.

This course uses Unity 2020.1 or 2020.2, Input System 1.0, and Cinemachine 2.6.3. This course focuses on the building of typical third-person character functionality including jumping, falling, weapon handling, shooting, and taking damage. By the end of this course, you will have a great third-person character controller that you can use in your own games or adapt for customized situations.