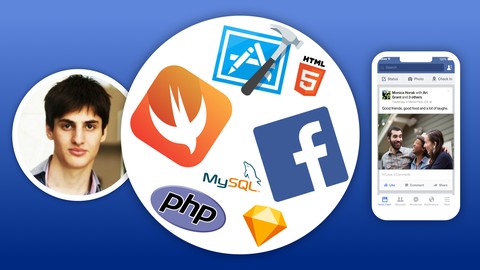 Do you want to be cooler than Mark Zuckerberg who created the Facebook? Now YOU CAN DO IT as well!

Do you want to write a code so easily like you type a message to your best friend? Now YOU HAVE A CHANCE to learn it. Don’t miss it!

In this course, we’re learning how to create the FULL Facebook for iOS from scratch. We’re programming all functions and features used by Mark Zuckerberg in his Facebook. Firstly, we’re building the logic of the function by using the schemes and patterns to understand it very well. Secondly, we’re writing a professional code which runs swiftly. Thirdly we’re programming the appearance and the behavior of the user interface. These main Three Steps are well known among the high paid developers. And now we’re working within the same model.